Snow! And Lots Of It! 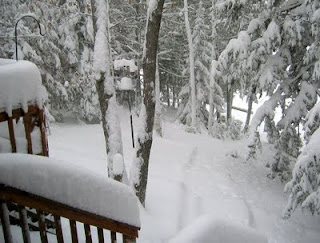 We woke up this morning to a foot of snow. Winter has arrived, full-fledged. Tomorrow the low temperatures will drop even further. (They already have in Washington, everyone - including Ryan - is dealing with frozen pipes or hoses, it seems.)

Getting to work was a bit of a challenge, me being a Wisconsin newbie and a wimp about driving in the snow. But I made it, and in one piece. I felt really bad about being late on my third day, but when I realized hardly anyone (guests included) had come in, I felt much better. So good in fact, that I left again three hours later. I prefer a little daylight with my icy roads.

I came home to a nice and clean driveway. Clearly some serious snow shoveling had taken place in my absence. 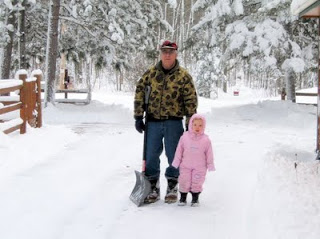